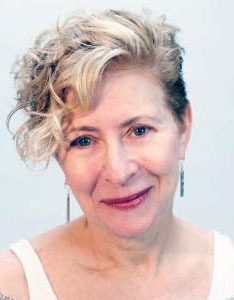 Linda Karash Mintzer attended the School of the Pennsylvania Ballet, where she trained under Barbara Weisberger, Robert Rodham, Richard Thomas, John White and Margarita de Saá. While still a young student, she performed with New York City Ballet, the Bolshoi Ballet, and Pennsylvania Ballet. She made her professional debut with Pennsylvania Ballet at age 13 in Balanchine’s Symphony in C and joined the company in 1971 at age 17. Ms. Mintzer interrupted her dance career to attend Harvard University as an English and American literature major, returning to Pennsylvania Ballet in 1974, where she danced until 1982. She completed her undergraduate degree at the Gallatin Division of New York University in 1984 and later attended Drexel University’s Nesbitt school of Design. She worked again for Pennsylvania Ballet in 1984, serving as Special Projects Coordinator. Ms. Mintzer is a graduate of John White’s Vaganova Seminar, and has been teaching at the Pennsylvania Academy of Ballet since 1988. She was invited to join the faculty of Bryn Mawr College’s Dance Program in 1996.