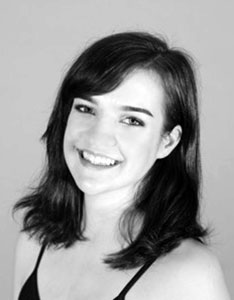 Elizabeth Saint Clair is originally from Yardley, Pa and began her dance training with the Princeton Ballet School in New Jersey. She eventually attended BalletMet’s pre-professional program in Ohio where she understudied and performed company roles. In 2012 she joined Columbia Classical Ballet in South Carolina, performing in ballets such as Swan Lake, La Bayadere, Don Quixote, Etudes, Sleeping Beauty, and others. She returned to Pennsylvania in 2014 to train and apprentice with the Pennsylvania Academy of Ballet under the direction of John White and Margarita de Saá dancing lead and soloist roles in such ballets as La Boutique Fantasque, Paquita and The Nutcracker. In 2016 she joined Ballet 180, and then Brandywine Ballet in 2017.