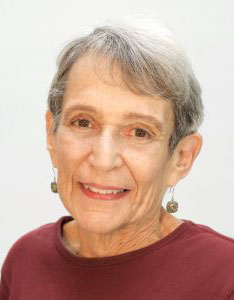 Edie Saltzberg began her career as an accompanist playing for the choir when she attended Girls’ High in Philadelphia. As an 11th grader, she began to play for dance classes at the Settlement Music School, as well. While a student at the University of Pennsylvania, Edie played for the Penn Players, the Men’s Glee Club, and Mask and Wig … and she met the man who would become her husband and the father of their three children. Over the years, Edie played for the Pennsylvania Ballet, Joan Kerr, Rosemont College, and Bryn Mawr College. Throughout her 27 year career of teaching English at three different Philadelphia high schools, Edie worked on countless school productions. After her husband passed away, Edie earned her Masters at Temple University and taught Music History there for 15 years before discovering PAB and joining our staff as an accompanist where she plays for our Adult and advanced level classes.